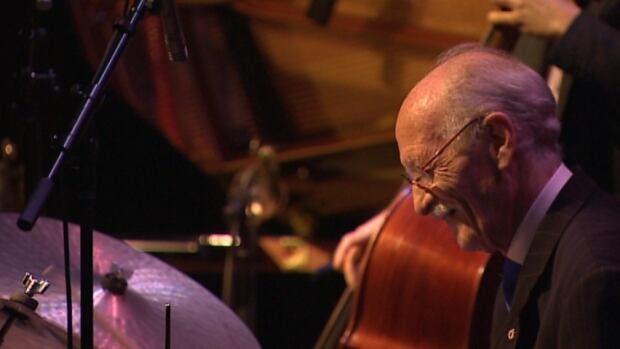 December 2013: For the first time in almost 50 years, the legendary jazz drummer behind Charlie Brown’s Christmas special played the music that has moved generations.

Jerry Granelli played drums in the Vince Guaraldi Trio for the first airing of A Charlie Brown Christmas in 1965. He didn’t play it again until this weekend.

On Sunday, the Halifax man took to the stage for a reprise. He’s the last surviving member of the trio that created the music.

“I haven’t done it in 48 years. There are so many memories. All my friends who were on it are dead,” he reflected in true Charlie Brown style.

He also played it Saturday as part of the Ottawa Children’s Festival.

Granelli was 24 when he performed the track the first time. He had just landed the gig with Guaraldi, who was riding a major hit. “A lot of people wanted that job, but I got it,” he told the audience at Halifax’s Spatz Theatre.

The trio hadn’t seen the show and it hadn’t been narrated, so they composed and played on their own. “We were just trying to play good music,” he said.

They wrote the soundtrack, but “nobody wanted it.”

Critics said the show was too religious and the jazz music too cutting edge. But 15 million Americans tuned in to the first CBS airing — almost half of all possible viewers. It became an instant classic and has aired every Christmas since.