Apple said Wednesday night that it is making it impossible for the company to turn over data from most iPhones or iPads to police — even when they have a search warrant — taking a hard new line as tech companies attempt to blunt allegations that they have too readily participated in government efforts to collect user information.

The move, announced with the publication of a new privacy policy tied to the release of Apple’s latest mobile operating system, iOS 8, amounts to an engineering solution to a legal quandary: Rather than comply with binding court orders, Apple has reworked its latest encryption in a way that prevents the company — or anyone but the device’s owner — from gaining access to the vast troves of user data typically stored on smartphones or tablet computers.

The key is the encryption that Apple mobile devices automatically put in place when a user selects a passcode, making it difficult for anyone who lacks that passcode to access the information within, including photos, e-mails and recordings. Apple once maintained the ability to unlock some content on devices for legally binding police requests but will no longer do so for iOS 8, it said in the new privacy policy.

“The NSA’s ANT division develops implants for mobile phones and SIM cards. One of these is a spyware implant called “DROPOUTJEEP” — designed for the first generation of iPhones — which was still in development in 2008, shortly after the iPhone’s launch. This spyware was to make it possible to remotely download or upload files to a mobile phone. It would also, according to the catalog, allow the NSA to divert text messages, browse the user’s address book, intercept voicemails, activate the phone’s microphone and camera at will, determine the current cell site and the user’s current location, “etc.” ANT’s technicians also develop modified mobile phones, for use in special cases that look like normal, standard devices, but transmit various pieces of information to the NSA — that can be swapped undetected with a target’s own mobile phone or passed to informants and agents. In 2008, ANT had models from Eastcom and Samsung on offer, and it has likely developed additional models since.” 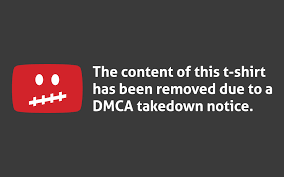 Ecuador, having bargained away virtually all its oil production to China in return for low-interest loans to finance President Rafael Correa’s spendthrift populism, is in dire need of a new export. And the president seems to have found one: tyrannical censorship of his critics.

Correa’s increasingly novel inventions for suppressing free speech in his own country are doubtless the subject of much envious chatter whenever Iran, North Korea and the rest of the fellows get together for meetings of Despots R Us. His latest wrinkle: a proposed law that would criminalize wisecracks on Facebook, enforced by placing video cameras in every cybercafe in Ecuador.

But now Correa has gone international. He’s using phony copyright claims to force American companies such as YouTube and Google to remove videos and documents that criticize his government.

Last month, more than 140 videos posted by Chevron abruptly vanished from YouTube, replaced by notices that said they were yanked due to copyright-infringement claims by a Spanish video-distribution company called Filmin.

Email might be on the verge of a radical makeover. And the NSA is not going to like it. On […]

The sun is rising in India for America’s outsourced jobs. But it’s a bad sign for New York’s dwindling middle-class […]

Watch this 1 hour Training Course Webinar on “How to track your projects” – by Jennifer Whitt, Program Director of ProjectManager.com

Learn the basics of project management as well as tips from experts.

Contact learning@iil.com to find out how this video can be customized for your organization. This is an IIL Media Production. http://www.iil.com

This mini documentary covers the story of the White Star project for the three Olympic-class luxury mega ships (Olympic, Titanic, and Britannic). It examines all the phases of the project (initiation, planning, design, construction, testing, implementation & operations) using the modern lens of the Project Management Body of Knowledge (PMBoK). In particular, the 10 month period from Olympic’s maiden voyage through to her collision with HMS Hawke, and the substantial impact on the project completing Titanic. White Star deemed Olympic’s nine month track record adequate for launching an almost identical sister ship straight into service without adequate sea trials.

The project team had a very good understanding of the problems facing White Star, an appreciation of the evolving customer needs, a solid vision, a superlative business case, the right supplier partnership (with ship-builder Harland and Wolff), good stakeholder relationships, and full approval to invest in new emerging technologies to create a luxury liner. But as in all projects there were competing objectives. Bruce Ismay wanted to create the ultimate passenger (first class) experience and anything that interfered with this he pushed back on. For example, he pushed the project architects to make compromises with the safety features which they did because they believed the aggregated effect of the combined safety features would still protect the ships. There is much truth in this but an arrogant view evolved that these ships were equivalent to huge lifeboats. The project team fell into a group think. Such was the confidence in the safety of the ships that by the end of the fitting-out phase there was a belief that no scenario would cause the ships to founder. Even though the ships were compromised a perception grew around the project that these perfect ships were unsinkable.

As much planning and thought went into the project’s marketing plan as did for the project management plan. Ismay’s project communication and marketing campaign was brilliant. Both the maiden voyages for Olympic and Titanic were hyped to be “the social and media events of the 1911 and 1912,” the ultimate crossing experiences. The marketing message was clear – if you were someone of prestige in Western society then you had to be aboard for the maiden voyage. This explains why 53 millionaires were on board Titanic who bought into the hype that man had conquered nature with these technology marvels.

On April 19th 1912 (5 days after the disaster) U.S. Senator Rayner wrote to the New York Times that:
“had Titanic been an American ship subject to our criminal procedure they [White Star Line owners] would be convicted of man-slaughter or even murder.”

This mini documentary is based on the book Project Management Blunders – Titanic Lessons from the Project that Built, Launched and Sunk Titanic (New Edition). The book covers all aspects of inadequate project management that can lead to project failures (or disasters) to name a few, meddling stakeholders (Ismay), different agendas, compromises, a rushed job, more compromises, changes late in the project, improper testing, and a poor implementation. This is where the biggest learning lessons are for projects today.

This mini documentary is also a primer for a Lessons-from-History workshop titled:
“Managing Projects in the Face of Meddling Stakeholders.”
The workshop explores the complex process of gathering requirements, and the difficulties in managing principal stakeholders through the requirements process, where they can unwittingly compromise the project.